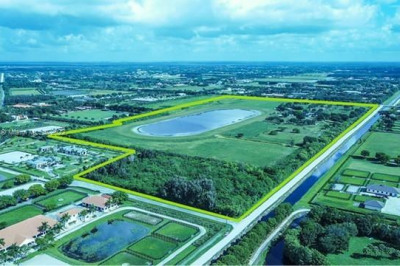 View All 300 Listings For Sale

In 1951, Charles Oliver Wellington purchased 18,000 acres of land (swampland actually) that would eventually become known as Wellington.   Mr. Wellington, originally from New York, made his living as an accountant and investor. Although the land purchased had flooding issues, Mr. Wellington was involved in the State of Florida passing legislation to create the Acme Drainage District so the land could someday be developed. In November of 1995, residents of Wellington passed a referendum to establish Wellington as an independent municipality.

The Village of Wellington encompasses 45 square miles and is located in the western portion of Palm Beach County. Its location has Southern Boulevard/State Road 80 to the north and 60th street to the south and also borders Loxahatchee Groves and the Everglades’ eastern most edge. Major construction in the area began in 1971 after 7,400 acres were sold to the Investment Corporation of Florida (ICOF). Housing options are immense in Wellington, from large expansive custom homes with airplane hangars surrounded by acres of land, to townhomes and condos.

The population has grown tremendously since the 1970’s when residency was approximately 300, to the 2006 census listing a total of over 55,000 people.

Wellington’s polo and equestrian events are known world-wide. This city is home to the International Polo Club that is considered one of the most elite equestrian communities bringing in players and spectators alike. Wellington holds the largest and longest (three months) running horse show in the world. Several years ago, Prince Charles visited to enjoy a game of polo at the club.

There are a number of other entertainment venues nearby, including the Kravis Center for the Performing Arts and the Norton Museum, both located in nearby West Palm Beach. You will also find many fine dining restaurants offering a variety of mouth-watering seafood to juicy filet mignon. From chains to Mom & Pop restaurants there is a terrific variety to please any palette. With over 160 brand and specialty stores, The Mall at Wellington Green offers an extensive variety of the newest fashions and accessories to state-of-the-art electronics all in one place.

With an average year-round temperature of 83°F, you might rather spend your time outside. There are many outdoor activities to keep you enjoying the sun all year long. Some of these include swimming, snorkeling, paddle boarding, and surfing. To enjoy the sunny beaches of South Florida, head due east and in a short half hour’s drive, you’ll be soaking up the sun and beautiful salt water views.

With 11 public schools and several private school options, Wellington offers one of the best public education systems in South Florida. The community does a great job of balancing both empty-nesters and growing families with its hometown atmosphere and recreational and cultural activities for all ages. Maybe that’s why Wellington was ranked in the top “100 Best Places to Live” by Money magazine in 2010.

Among the elite that call Wellington real estate home are Madonna, Bruce Springsteen, Tommy Lee Jones, and rapper Vanilla Ice who currently tapes a local home improvement show on cable. Recent “The Voice” winner, Cassadee Pope hails from Wellington as well. If you’re lucky, maybe you can ask for your own personal weather forecast from “The Weather Channel’s” Stephanie Abrams, or snag a golf tip or two from pro golfer Fred Couples.

Alert Me of New Listings

What's your home really worth?

Check your home's value for free

Email me when new listings are available!

Email me when my dream home hits the market

Already Signed Up? Forgot Password/PIN?
Don't have an account yet?
MyHomes lets you do more

In only 30 seconds you will have full access to property, community info and SOLD data you can't get anywhere else.